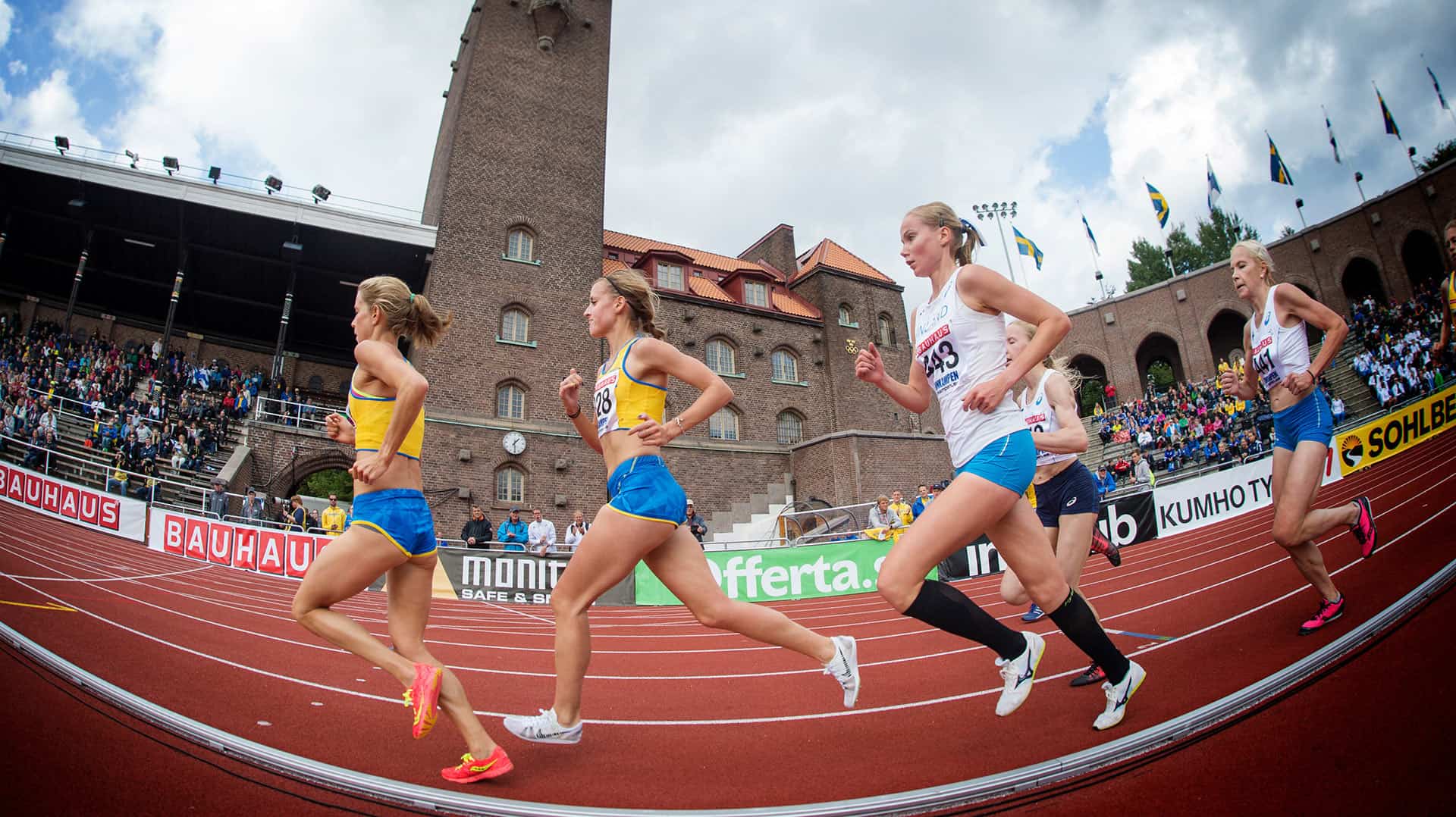 About pain and injuries

Injuries in sports can be divided into two categories: non-traumatic related to overuse and traumatic.

Overuse injuries (non-traumatic) can build up gradually, or occur suddenly (acute), for example with a strain of the hamstring muscles. These injuries occur largely due to an imbalance between exercise load and recovery.

Traumatic injuries are usually caused by external forces – such as a concussion – that occurs as a result of a blow to the head.

In athletics, nearly 95 percent of all injuries are related to overload, about 55 percent develop gradually and around 41 percent occur acutely / with sudden onset. It is common for an athlete who develops an injury of the more gradual type to have experienced a feeling/awareness/sensation (further information below) in the affected area about a week before the injury becomes serious enough to disrupt or prevent training (Jacobsson et al, BJSM 2013).

Young, growing people may have pain simply due to the fact that they are growing, and such pain doesn’t need to be a sign of what adults would call an injury. For young athletes, pain or aches often originate in a body part that is growing (so-called apophyses or growth plates in the skeleton).

Growing pains – usually occur between the ages of 4 and 10 years old, and such pains often develop in the thighs and lower legs and come during the evenings and nights. Growing pains can be very painful and the exact cause of these pains is unknown but they are not dangerous and disappear when the child gets older.

Pain in young, growing athletes should be addressed and treated differently than it is in adult athletes!

A soreness/sensation (often tightness) – is usually described as a symptom that does not feel familiar, it is usually one-sided, can last beyond normal recovery times, and it tends to reoccur when the body part is loaded again (within athletics this often occurs in the legs and feet). Early pain (soreness/sensation) should be seen as a warning sign! The body is giving a signal that the tissues have been loaded in a way that they are not used to, or perhaps prepared for, and that they should be protected.

A soreness/awareness can be a signal of overloading that may lead to an injury if the body part continues to be stressed.

Delayed onset muscle soreness (DOMs) – is pain that can develop in the muscles 24 to 72 hours after training or competition and, usually occurs in both legs or both arms etc.- provided you have not done lots of one-sided movements that are likely to produce DOMs on just one side. Do you need to treat DOMs? No! The pain usually disappears after one to two days.

Should a young athlete train with pain? If the pain is related to DOMs then this is fine! But any other persistent pains that have lasted for a longer period (two to three weeks) and are worsening with loading should be examined. See also estimating pain.

Remember that pain is a symptom! The cause of pain in young athletes is often a combination of growth and exercise. If the pain is reduced, it can be interpreted as a sign that “everything is ok”. When the young athlete returns to sport, often too early, an injury, such as that to a growth plate, may be further overloaded and this comes with a notable risk that the “injury” will return / worsen. Such reaggravation means that the young athlete might be ruled out of sport for a longer time period, perhaps up to several months.

Young athletes should not use pain-relieving treatments in order to train or compete!

What happens in the body during injury?

Simply described, the healing process can be divided into three phases: 1) inflammation, 2) repair and 3) remodeling.

1) In the case of injury (sudden or acute), the body’s repair process begins with inflammation. Signs of inflammation are heat, swelling, and redness in the area, it hurts and function is impaired. Inflammation is a natural process in the body and should not be inhibited following an injury by taking anti-inflammatory medicines (so-called NSAIDs), for example.  In fact, this gives the opposite of the desired effect, that is to say, the healing process is inhibited as it does not start as it should.

2) In the next phase, the damaged tissue begins to be repaired, damaged cells are replaced and scar tissue and new blood vessels, amongst other things, are developed before the process progresses to stage 3.

3) A remodeling phase when the cells mature and the scar tissue becomes more durable.

The 3 Phases of the Healing Process:

In order for a damaged tissue to regain optimum strength it needs time, protection and progressive reloading. The time required is dependent on how extensive the damage is, amongst other things, and the degree of protection depends on the type of tissue that has been affected. Muscles usually have a faster healing process (as they have a good blood supply). For example, an athlete who has had a hamstring injury, that has been well rehabilitated, can return to athletics after about 7 to 9 weeks. Tendons take much longer, perhaps 6 to 12 months, and bones may need even longer to reach full load tolerance. Rehabilitation of an injury needs to follow clear, progressive, increases in loading.

The pain and swelling that occurs with injuries (primarily acute injuries) can inhibit physical abilities such as muscle function and coordination. This “inhibition” leads to muscle weakness and impaired coordination which can persist even after the injured person becomes completely pain free. It is therefore very important that an injury is rehabilitated adequately and that the return to sport does not occur too early! If this happens then there is increased risk for subsequent, or related, injuries due to movement impairment and/or faulty loading patterns.

Note: Around the ages of 12 to 15 years old, and at times even up to the age of 20, many problems and / or injuries are related to growth plates that have not fully developed and closed. These growth plates can be susceptible to loading over the course of many years.

Read more in other sections::

« Safety in Sport – Safeguarding children in Sport
Planning for training »

The information on this site should not be used as a substitute for medical care and advice from your doctor. There may be variations in treatment that your pediatrician can recommend based on individual facts and circumstances.